Our technology is constantly developing

Here are some of the inventions people have made :

You might want to see a day where you wake up and you do not need any phones, ipads, ipods, computer or laptops,Instead a Small watch could be used for a lot of works.You cold use it for calls , games , movies, web seraching and many other purposes. Well we are not that advanced but it is contsantly developing. Or you might have seen smart watches in James bond. It is about get real Here is a picture of a Smart watch (Apple watch 2)

In James bond you might have seen bond diving without Oxygen tanks. You might think that it is impossible to be realistic.. Well, There is already underwater breathing mask called Triton. Triton could last for 45 minutes maximumin depth of 15 feet. It is not in the market now but it is going to be after the fundraising is done and after that you might see yourself diving without Oxygen tanks and at that time you might oh life is so comfortable. Especially for a diver it would be really help full. It is not just snorkling its something more to it. It was designed by Jeabyun Yeon

Here is a image of Triton

You might want to go out and play Call of Duty or GTA in VR . But you think there is nothing that could be help full to you. you might want to think againn beacause there is the new invention of PS 5 (VR). You might think that this is just a console and nothing more that that. Well its not just a console, It is something more it is VR now with this there comes a controller and a VR set. You might be shocked to see the VR of those gamees.

Here is a picture of A VR console.

Imagine a day in Our neighboring Planet Mars. You wake up fromsleep and you do not need to die in lack of oxygen. That imagination could come half ture as of now you sure could grow oxygen inside a spacecraft with just a leaf that uses photosynthesis to give you oxygen. Julian Melchiorri a a graduate of the Royal College of Art, claims to have developed a silk leaf that could create oxygen for space travel. The Eqution of this is 6CO2 + 6H2O + --(Sunlight Energy)--> C6H12O6 + 6O2. One day our Mars might be terraformed one day with the help of this.We would need to observe if we could terraform Mars with the help of this.

Here is a picture of Synthetic leaf

You might have a phone with a broken screen and you don't have enough money to fix it or Buy a new onw .So you are not happy with it .A bendable waterproof screen might be the solution for you but there is none in the world you think. You might want to search that if a bendable screen eixst but u donot wantr to do that. Well bendable screens now exist and might be the solution for your problem. You now just need to buy it.

Here is the picture of the solution of your problem. 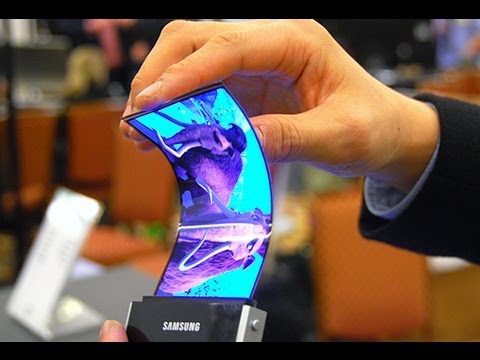